In the early months of 2020, the world saw many things: wildfires that ravaged Australia, the controversial beginning of Brexit, and even swarms of locusts that tore through countries in Africa. Yet no radical climate disaster or political folly could have quite prepared us for the unprecedented force that Covid-19 would be. As we enter into a new year, it’s difficult not to look back and reflect on the previous year we have just experienced and think of the many changes it has brought.

As the virus spread to all corners of the world, industries left, right, and centre experienced shutdowns never seen before. Restaurants, retailers, and even schools closed their doors to the public, but one often forgotten industry impacted by these closures is the charitable sector. With provincial wide shutdowns, the majority of Canadian charities had to put a hold on any in-person fundraising or large scale public events for the foreseeable future, and for many, this meant severing their usual revenue sources. In an article published by Imagine Canada in March, it was projected that the virus would directly cause charities to lose $9.5 billion and layoff more than 117,000 employees[1]. Now unable to reach valuable donors and volunteers through the traditional routes, charities across Canada had to seriously rethink how to raise funds to stay afloat.

The Mobile Giving Foundation Canada recognized the emerging issues our fellow charities were facing and decided that we needed to help. MGFC is a unique fundraising avenue – we are Canada’s only carrier-billed text donation solution, where donations are charged to a donor’s monthly cellphone bill, allowing donors to engage with their favourite charities in a contactless and Covid-19 friendly way.

On March 25th, MGFC announced that all application and renewal fees, for new and returning charities, would be completely waived until May 31st. The goal was simple: make our services more accessible for charities during times of uncertainty and financial hardship. In 2020, MGFC saw a great number of charities both big and small, reimagine how they fundraise amid a pandemic and successfully leveraged text-to-donate by promoting the channel through a variety of mediums. Many charities utilized the power of the internet to reach out to their valuable donors through big social media pushes and strategically promoted their text-to-donate campaigns. A few charities combined old technologies with the new, by using radio to promote their campaigns, while some organizations made the leap to virtual fundraising by holding large scale online events and concerts; one charity even managed to raise $1.6 million in text donations in just 48 hours!

Based on this growth in donation revenue, we can infer that despite the pandemic and all of the financial uncertainty it brings, Canadians are more willing than ever to rally behind and support their favourite charities, and, through the right fundraising avenues, charities can still run successful fundraising campaigns, even if they are virtual. It is our hope that as the new year progresses, we will continue to see this kind of generosity, and while it’s unclear as to when we will see the return to life as we once knew it, what we do know for sure is that we can count on the generosity of Canadians, no matter the circumstances.

#GivingTuesday2021 is right around the corner which is why we would like to remind all of our charity friends that registration for our annual GivingTuesday #promotion is now open! To learn more visit, mobilegiving.ca /

Happy #UnitedNationsDay! Today we commemorate the 76th anniversary of the charter of the United Nations. #DidYouKnow when the UN was founded there were 45 members? There are now 193!🌏

We often think of bullying as something that just affects children but #DidYouKnow it equally affects adults? Nearly 94% of adults have felt bullied in their workplace. During #WorkplaceBullyingAwarenessWeek we encourage everyone to stand together against bullying. #BeKind 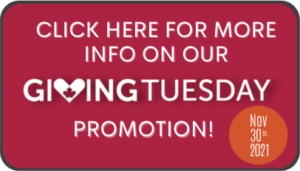